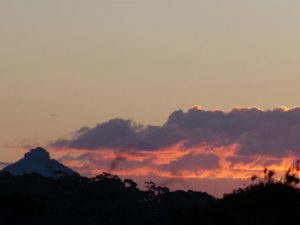 It’s now autumn and winter is coming – or so you may think. But did autumn really start on 1 March? And why do we observe four seasons, each exactly three months long? And with climate change affecting our rainfall and temperatures are seasons even still relevant?
Europeans brought the four-season year here except that here down under, the seasons were turned upside down, with our winter coinciding with Europe’s summer and so on. It makes as much sense as the idea of two seasons: one for footy, and one for the other sports.
Botanist Tim Entwisle (who runs Melbourne’s Royal Botanic Gardens Melbourne) argues the case for a five-season calendar that more closely reflects antipodean cycles in weather, plant and animal activity.
For example, the ‘spring’ flowering period for most Australian plants actually begins in August, the last month of ‘winter’. Tim’s solution is ‘sprinter’, a new season in August–September, which also happens to be peak wattle season. Another new season, ‘sprummer’, would account for October–November, a time of changeable weather and storms in eastern and southern Australia.
Then there’s summer – the defining season for Australian plants and animals. Our long summers should really be given four months rather than three, Tim argues. That leaves us with a shorter autumn – April and May; and a shorter winter – June and July.
Of course, alternatives to the four seasons in Australia predate European settlement. Aboriginal groups have their own local calendars ranging from just two seasons, up to thirteen. What these have in common with Tim’s proposal is that they equate more closely with real-life biological cycles. This makes them more useful locally and also provides a better position from which to monitor and understand climate change.
“Climates are influenced by cyclic patterns, such as the El Niño/La Niña Southern Oscillation and a myriad other events around the world, from volcanoes to the fluttering of a butterfly wing,” says Tim. “Flowering will depend on recent and past rainfall, temperature and day length. A similar range of environmental triggers will influence migrating birds and insect activity. But given that one of the likely consequences of accelerated climate change is a change in seasonal patterns, if we devise a more appropriate system of seasonal shifts and rhythms we should be better able to understand the existing patterns and detect real change more easily.”
Our Indigenous communities have watched the world around them over tens of thousands of years, and have two to seven seasons to suit their local area. Their seasons were based on the arrival of the ‘wet’, speargrass life stages or water lily flowering time and so on – things that were observed and not fixed dates on a calendar. 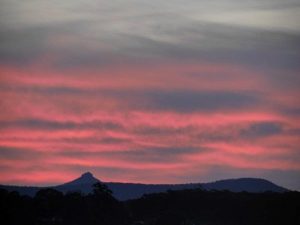 Tim proposed a modified Vivaldi option for southern Australia with a tweaking of the current system. The familiar anchors, summer and winter, are there, but the bits in between and the duration of the seasons are adjusted for the southern Australian climate.
Sprinter (August and September), the early Australian spring, starts the seasonal year. It’s when the bushland and our gardens burst into flower. It’s also when that quintessential Australian plant, the wattle, is in peak flowering across Australia.
Sprummer (October and November) is the changeable season, bringing a second wave of flowering.
Summer (December to March) should be four months long, extending beyond February, when there are still plenty of fine warm days.
Autumn (April and May) barely registers in Sydney, but further south we get good autumn colour on exotic trees, as well as peak fungal fruiting.
Winter (June and July) is a short burst of cold weather and a time when the plant world is preparing for the sprinter ahead.
It’s worth looking at this new seasonality as our climate changes and we have to adapt. We know that we are able to plant earlier than even a few years ago and that our rainfall is far less predictable. The key is to observe and record what is happening in our environment.